So in the last month whilst I have been away, my long awaited appointment with Dr Gall happened.  It was a long drive down to  Orpington in Kent, to the Princess Royal University Hospital but to be honest it was quicker than getting into London to Kings College and so much easier to park.

Once I had been checked in and weighed by the nurse in charge, she explained my appointment would be approximately 45 minutes long to discuss the results of all the tests I had gone through last year.  I was nervous and not feeling great still in my depressive state, so although hubby was with me, I was very distant with him.

I was called in and Dr Gall was sitting in scrubs, I was surprised as usually you meet your consultants all suited and booted, and he was ready to go and perform surgery.  He was warm and friendly and we started to talk about my history, my diagnosis of Ehlers-Danlos and Postural Tachycardia.  He then went through the results of the tests that had been performed, he confirmed that I was tachycardic, however on the TTT it wasn’t evident as postural, but that was probably because I was now on Ivabradine so it was doing a good job.  He asked did I feel it was working, I agreed it was bringing my heart rate down somewhat, however my blood pressure was still low, causing me issues.   He asked if I had tried Midodrine and I explained I had once previously but had experienced problems but would be willing to give it another go.  The other tests showed lung capacity issues and he suggested some further testing and physio for that, which he would refer me for.

We then talked about other issues I had been experiencing, the bladder retention and he said he knew someone who would be able to help and he would write to my GP and ask for them to send me to her.  He really did bend over backwards to help me out.

I explained I was already under Professor Aziz for my Gastrointestinal issues and he was extremely happy with that, and I was at the Stanmore for my Ehlers-Danlos, so nothing more could be done for that care, he just felt the specialist care for everything else needed to be kept on top of.  I liked that, he was the top of his game, this is why I had waited this long.

As I left his room, we agreed on a course of action and a follow up appointment would be made once everything had been completed, so he is now my PoTs consultant and for that I am really happy, no more shoddy treatment.  Yes it means I have to travel but it means I get the best care possible, thank god for the NHS !!

Having seen Mr Majeed his first part of the plan was a series of injections into my shoulder joint under fluoroscopy.  Now having had the cortisone and it not being too bad I wasn’t all that nervous.

We got to the Stanmore and it was packed out, Andrew couldn’t get parked so I got out and hobbled to the x-ray department and booked in praying they would be running late.  Firstly it didn’t help that as I was sitting there alone there was a patient screaming blue murder, begging whoever to get off her, everyone looking uncomfortably at each other, me just becoming more and more scared!!  Then Andrew text me he was stressing and that started me stressing further, finally he was parked but couldn’t find me and then they called me through by which time I was a nervous wreck.  I explained I was waiting for him and they said he wouldn’t be able to be in the room anyway, I went to jelly and was given a seat.  All the equipment was set up and I could hear Andrew, the nurse showed him in and then two doctors came in, they would be doing the procedure.  They laid me on the X-ray table and started to prep me but they didn’t make Andrew leave, I calmed down a bit then, he talked to me, kept me going joking as he does and then they started.

Oh my god the pain, I initially didn’t feel it go into the skin, I have lost a lot of sensation but as it went into the joint I could have been peeled off the ceiling.  Somewhere I could hear Andrew talking, he was fascinated with what was going on, he told me after.  The nurse holding my right hand, was telling me to breathe, I wasn’t doing that!!  They stopped putting the first vial of stuff in and then started again, it was agony and I just had to try and breathe it away, I kept thinking of nice things and that if I could get through childbirth I could get through this.  So they carried on, then eventually it all got too much, tears were trickling down my face and the doctors could see I had reached my limit, so they stopped, how I hadn’t broken the nurses hand I don’t know.  The bean bag they had placed in my left hand, I had been envisaging as Andrew’s hand, that had helped me through this vile torture.  They told me I did well and I could get ready to go, I just need to get up and off the bed, easier said than done, I felt dizzy and sick.

Slowly does it, I got up and headed off for a lunchtime treat at a nice little pub before we went home to rest for a few hours because despite having a sore arm, we were going to see Coldplay at the O2.  Remember one life live it and Andrew was trying to help me embrace the things I enjoyed, to life my spirits, it was working xx

I had explained that I was in the grips of depression and with that turmoil I do struggle to concentrate, my mind wanders, I’m unable to sleep and therefore my writing (the blog) suffers. Hence I’ve been missing for some time, however, somehow I’ve managed to fight my way through yet another dark spell.

After just one tablet of the anti-depression medication, I gave that up, it made me feel drugged up and that really wasn’t going to help the situation. I needed to be on top of the game not at my lowest and out of it. I then cancelled the MH crisis team, it might seem like the craziest thing to do but I felt like I wasn’t their biggest risk, their resources would be better used on someone more in need. I turned to someone who knew me, knew my situation, understood what had triggered this and poured out my heart, I think that was cathartic and a good start and finally one Saturday night while Andrew was working there was a programme on BBC 1, it was in conjunction with their Mental Health Awareness week. It was called “Suicide and Me”

It followed a woman who’s partner had killed himself many years previously, she revisited places they had been and talked to people about him and why he may have done what he did. She visited a counselling group where other bereaved partners were explaining their emotions about being “left behind” and at that point something clicked in my head. It was like a light switch, it could be my husband or daughter sitting there and saying those things about me, how would I feel? Suddenly I felt really terrible for even considering putting them through that, I made it my mission to try my hardest to “get it together”. It isn’t easy, some days I want to curl up and hide from the world, especially when the EDS or Gastroparesis are really playing up but I always think about my family, nobody is more important to me than they are.

So for the last month I have blocked most (not all) things out and focused on getting stronger day by day, it isn’t easy but I’m getting there and with the love and support of my family and friends I know I can do this ❤️

So here it is starting a new page, a fresh chapter …. I’m going to try my best and keep up with the writing, the sharing my EDS stories with you all, raising as much awareness as I can about Ehlers-Danlos because it is still so rarely heard of but the more we talk about it, the sooner it will be known. That’s my mission !! 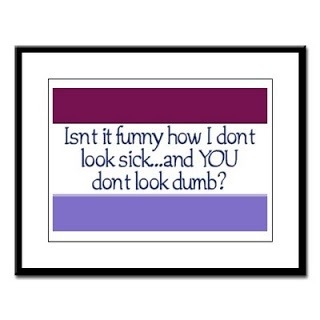 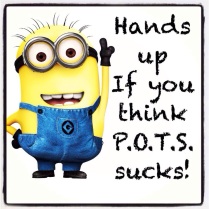 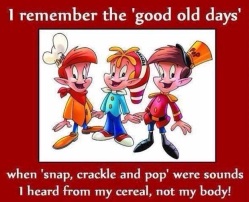 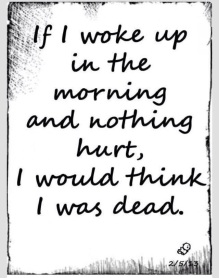