After having a tooth removed at Guys under sedation back in May I have been struggling with multiple chronic sinus infections.  Then in July I was referred down to the Oral Surgery team to find out what had gone wrong, as I could definitely suck air through the cavity but worse than that was this constant smell of what I could only describe as “death”. Now anyone in the uniformed services who has attended a sudden death which has been there a while will know exactly what that smell is like but to carry that round in your head since May is pretty horrific.  Worse still it kept bringing back PTSD flashbacks, from my time as a Special Constable, so the sooner this ended the better.

After a great consultation on Floor 23 it was agreed that I had an OAF, Oral Antral Fistula, had developed following the extraction, so the only way to resolve this would be surgery and due to the invasive level of this it would need to be under general anesthetic.  So once all the discussions had taken place about my complex health conditions and what they would be doing, consent was signed and I was added to the waiting list.  That was in the middle of August, so six weeks later I was finally heading up to the hospital for the dreaded surgery.

A week prior to the appointment I had started some antibiotics but it also seemed to make the sinusitis much worse, then Friday night I went to bed seemingly ok, Saturday morning I couldn’t move.  My vertigo was off the scale if I moved I fell, so Andrew tried to perform a technique called the Epley Manoeuvre, this involves four head movements to move the crystal fragments that cause vertigo.  Sadly no chance it just made me violently nauseous, so I had to lay very still.  I considered that the sinus infection was making the vertigo worse or maybe my neck?  With EDS it could he anything, so it was a case of bedrest and fluids, I didn’t want to go to hospital, I didn’t have the energy to deal with Drs and nurses to be honest.

So I slept and just lay in a darkened room, hoping it would settle, two days later and it didn’t, Monday and I woke feeling woozy but I could sit up,  that was a positive I rang the hospital and explained and they agreed I could come in.

I got to hospital and I was doing ok, fresh air was helping, not moving my head also a positive, at check in, I explained it all and they checked me over, I had no infection, blood pressure, pulse etc all ok, the anesthetist came to chat and despite all the health issue was happy to proceed.

After a while it was time to say goodbye to Andrew and head off to theatre, this is where my nerves kicked in but the staff were fabulous.  I had already met the anesthetist, her nurse introduced herself and was adding monitoring pads, chattering away trying to distract me.  With the drip in, the fentanyl was soon added and wow that felt great like five G&T’s in quick succession, with a oxygen mask on, it was soon time for the knock out juice and the next thing I knew I couldn’t breathe and it was post op!!

That panic was awful, I think they must have bought me round quickly I was really tachycardic and I was struggling to breathe, so they nebulized me but that didn’t help, so they got a second one and I just thought I’m panicking, I need to slow down. So I started to try and breathe in through my nose and out through my mouth to get the salbutamol into my lungs, I tried to explain I wasn’t going to panic.  They reassured me I was doing well, I was in control, and needed to deal with this as best I could, but my HR was all over the place, they hung more fluid but I could barely speak from the sore throat post intubation and the lack of oxygen in my lungs.  Eventually I was stable enough to take to recovery, I hadn’t realized I was still on theatre at that point, so they pushed me through and got me hooked back up to the O2, and monitors.  My HR was still to high and blood pressure very low, basically my pots had kicked off, so the extra fluids should help.  They started offering sips of squash but that just burnt my painful throat so I agreed to water.

After nearly an hour, I seemed to have stabilized enough to get into my wheelchair and be reunited with Andrew ready for discharge.  I could tell he would be worried once again a 45 minute wait had turned into over two hours, so I was thrilled to see him.  After a handover of paperwork and my cannula being removed it was agreed I could go home.  After all we would be hitting rush hour traffic and all I really wanted was my own bed, so we thanked the team, who had been amazing and headed home. 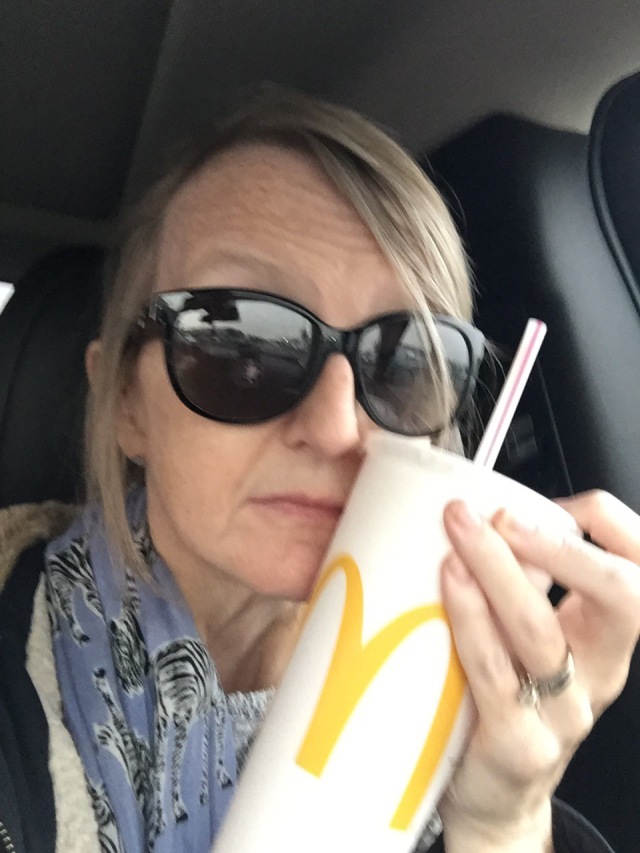 Follow up is in four weeks time, fingers crossed this is the end of my terrible sinus issues caused since the tooth extraction 🤞🏻

Being told you have Stage 3 Kidney Disease is a bit of a kick in the teeth, especially on top of the catalogue of illnesses I already have.  Andrew often asks if I am playing Chronic Illness Bingo and he’s sure I am nearly at a full house because surely there can’t be many more space left on my card left to dab?

After seeing my GP and her insisting that it was a matter of urgency that I be seen by a consultant as I didn’t fit any of the criteria for Kidney Disease, I haven’t got high blood pressure, grossly obese or diabetes, so why had I been struck down?  My initial appointment was postponed, and the rescheduled was for the middle of September and first thing in the morning, which is always a good thing, clinics rarely run late, or so we thought !!

By the time I got into the consultants office he was already an hour late, this was at 9am, he was a very kind man and in discussion, he explained that my creatinine levels had been incorrect for two years, he believed the medication I was taking for my EDS and PoTs was causing the deterioration but I  needed both to keep me better, so it was a case of maintaining my kidney function now.  However he needed two medications needed adjusting my stomach protectors and my anti-inflammatory tablets these were badly damaging my renal function.  If I could get my doctor to adjust these we would be able to slow the kidney issues down and keep me in Stage 3 and not progress the illness.

He ordered a ultrasound on my kidneys to check them and blood work, he wanted to see me again in a couple of months.  He explained that the clinics were overbooked, that morning alone 26 patients in a clinic for 18, hence he was already running late, but he didn’t rush my appointment, he was kind, empathetic and supportive, I liked him, I felt listened to and not rushed out the door.

So hopefully we can keep the Stage 3 exactly at that, I do not want to progress further, as I have enough issues on my plate.

This week I popped into my pharmacy to collect my monthly Nomad packs, I still need my medications dispensed for me as my brain fog is so severe there is a risk I would overdose my meds.

My pharmacist is probably one of the most supportive I have ever met, I arrived and explained that next week I would be running out of my Fentanyl patches and would she mind organising more for me, without issue and a few clicks they were ordered.

Next I asked her about the new stomach protection medication tablets that needed to be changed over, basically the Lansoprazole might be causing bigger kidney issues, so the nephrologist had suggested a switch over, but I forgot the name of the drug.  She grabbed the Mimms medicine book and took me to the consultation room.  We sat and went through all the medicines and she told me all that type of drug caused renal issues so she wasn’t sure want that consultant was talking about.  Her advice was to call his secretary and find our from my notes what the name was and to get it switched over as a matter of urgency, especially as my levels had changed so rapidly in four weeks.

We then decided to do a quick annual review and she was concerned that so many consultants were trying to interfere with my medication, if a cardiologist had advised one medicine then a gastro doctor couldn’t then mess the prescription around, etc etc  She was worried that I was getting lots of mixed messages from various consultants, I told her how difficult it was being stuck in the middle, especially when you have two or more hospital or doctors appointments a week.

She was very kind and told me I was doing my best under the circumstances, which were not easy but she would support me as well as she could, we signed off the review paperwork and I thanked her and her team for all their help.

They have always helped me, ensure my medication is there, at short notice, when prescriptions are written incorrectly and just been very supportive, just what you need when you are chronically ill.  Thank you Krupa at Boots in Burnham ! 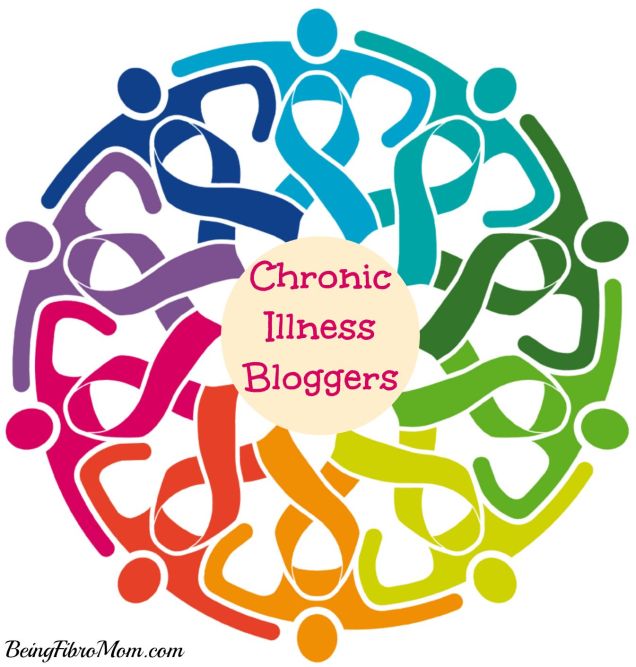 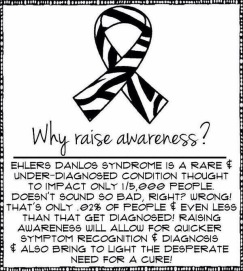 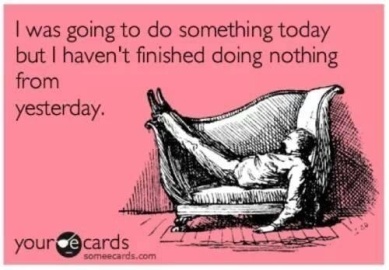 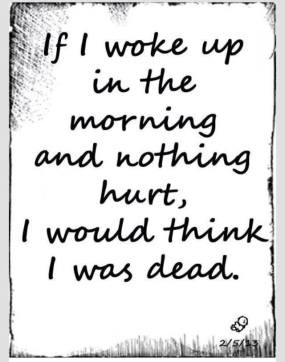 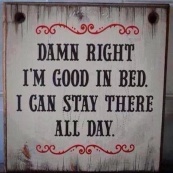 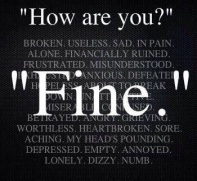 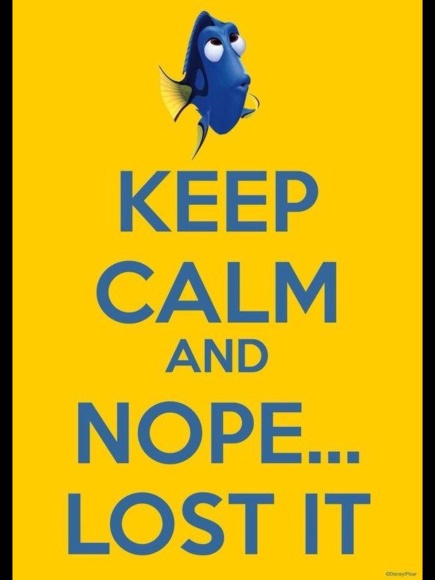 One Readers Thoughts
www.mummybarrow.com/
Then Everything Changed